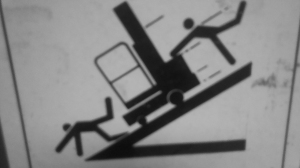 A flurry of activity around here, finishing projects and scheming new ones and, meanwhile, trying not to over-do it on the work front.  That means maintaining a regular regimen of stretching, getting out of the house at least once every day for a walkabout, even if it’s only to the library and back. That also means reading more and trying to familiarize myself with this notion of “relaxing”. Re-lax?

I’ve been devouring lots of memoirs of late, a genre I usually wouldn’t touch with a fully charged cattle prod. But I’m not talking about the recent crop o’ crap—whining, self-indulgent wankfests—I’m referring to stellar efforts by Bernard Cooper and Frederick Exley. Exley’s A Fan’s Notes is an amazingly accomplished and courageous book. Two titles by Daniel Pinchbeck have also impressed, Breaking Open the Head and 2012: The Return of Quetzalcoatl. I find his ideas and conjectures far more lucid and comprehensible than the late Terence McKenna’s; I predict Monsieur Pinchbeck is gonna be a star. He’ll alter more than a few consciousnesses before he’s through…

I’ve been bringing in lots of hard to find books via interlibrary loans…but, unfortunately, I’ve acquired a rather formidable stack, all of which must be read within a finite, prescribed time limit. No pissing about. Brilliant stuff like Graham Robb’s Parisians, Colson Whitehead’s Sag Harbor, The Great War and Modern Memory (Paul Fussell), The Good Soldier Svejk (Jaroslav Hasek) and an anthology of modern German poetry edited by Michael Hamburger. And more on the way…

Ah, but don’t think I’ve been devoting myself entirely to leisure. Surely you know me better than that.

I have not one but two major projects nearing completion. You heard right.

It’s always bothered me that much of my early work (pre-1997) is out of print. There were a number of limited edition chapbooks produced during that interval (That First, Wound-Bearing Layer and Genuinely Inspired Primitive), poetry (violins in the void)…and none of it is available any more. Sold out. A cursory check on-line tells me that a few enterprising souls are offering these hard-to-find editions at a pretty steep price.

So I’ve spent the last couple of months assembling, culling and editing two short volumes, clocking in at around 115 pages each.

The first, which should be out in mid-July, is New & Selected Poems (1984-2011). Over 25 years of my best verse brought together in one nice, compact tome. These poems are personal and revealing, condensed almost to the point of combustion…I love them but they scare me. I think the short Afterword I’ve provided at the end of the book explains why.

The other volume is a compilation of my short prose pieces and monologues. I’m calling it Stromata and the material it covers dates back to 1992. Stromata will be available the end of August.

The two books are intended to be companion volumes and their design will reflect that. You’ll see what I mean—I’ll upload the covers once our pal Chris Kent has put something together.

Both books will retail around $12 and, no, before you ask, no advance orders. Nothing until I have the first shipment from Lightning Source sitting in my front hallway.

Looking forward to an exciting summer…although I wish this mix of sun and rain we’ve had so far would be replaced by two weeks of hot, dry weather. A real Saskatchewan summer. Ah, well, it’s still early days. Other than the horrendous mosquitoes, last summer was just about perfect. Here’s hoping for lots sun, fun and reading in the months ahead.

See you at the lake.

Remember to bring a good book.

Here are ten poems, excerpted from New & Selected Poems, just posted on my Scribd page.  Click on the link and go have a look…