Below you’ll find a 4-5 minute audio clip I created around some poems from my latest Black Dog Press release, The Algebra of Inequality.

I added some background music tracks for dramatic effect and I think this performance is an excellent teaser for the book.

If you want to hear audio renditions of more poems from the collection, recorded back in 2016 at the ancient amphitheater of Epidaurus, go to my “Other Media” page and scroll down a bit; you’ll find it.

This blog is approaching its 500th post and, of course, I have something special planned to mark the occasion.

Five hundred posts, eleven years of maintaining Beautiful Desolation…that’s a lot of time (and words and music and rants).

Couldn’t do it without you, folks, your support, your public responses and private messages.

Enjoy this snippet—there’s much, much more to come:

A looooong interval between posts.

Well, what do you expect? I’m a working author, with a mind that doesn’t allow for much leisure or fun.

Mainly, I’ve been editing The Algebra of Inequality, my latest collection of poems. It has been an agonizing process, choosing the best poems from the past five years, winnowing out the rest. And sometimes a poem gets the chop not because it lacks tunefulness or thematic unity, but for other, more nebulous reasons. Somehow it just doesn’t quite fit with the rest. It’s a judgement call and often I had second, third and fourth thoughts, so the whole thing became ridiculously drawn out and fraught, dragging on for weeks.

But now it’s done. The interior layout is just about ready and my regular cover guy, Chris Kent, is hard at work on another doozie. I’ll be leaking a sneak peek of said cover in the coming days; it’s based on one of my paintings and, knowing Chris, it’s bound to be eye-grabbing.

Yes, what’s up with the painting, why has it become so important to me? Because when I haven’t been editing, I’ve been regularly making that trip down to my little basement dungeon and attacking canvases with acrylics, a screwdriver, awl, various other implements. Getting physical. The results are odd, distinctive, and the works tend to elicit interesting reactions from the people who see them. But it’s a thrill leaving text behind for awhile and working purely symbolically, utilizing a totally different area of my brain.

Recently, I’ve also completed a large, complex collage piece that may end up as the cover for my short story collection later this year.

One of the poems I lopped from The Algebra of Inequality was one I concocted a number of years ago, titled A Personal Cosmology. It has a strong, visual component. I used some square styrofoam and black paint to create a series of stark, geometric images. Then I employed “automatic writing” and started scribbling, one short prose bit for each of the six images. I think I posted one of these images and accompanying text a few years ago but, for the first time, this is the complete version of Cosmology.

I love this piece, it comes right from the soul, but it just wasn’t right for the collection.

It was one of the final cuts, a hard one to leave out.

Yes, there are definite signs of spring in the air. Above zero temperatures, melting snow, slushy streets…and a rare sighting of yer author, out and about, taking tea at Cafe 4 U, our new downtown hot spot.

But hold on, folks, this is Saskatchewan. Winter isn’t done with us quite yet. Don’t put away your parka and Manitoba mukluks just because of a few balmy days. Surely you know this part of the world better than that.

I’ve been grinding away on my poetry collection, The Algebra of Inequality, spending long hours going over each poem beat by beat, breath by breath, making sure, as Don Delillo puts it, I’m find not just finding the right word but the right sounding word. That distinction is so vitally important, the difference between good writers and those who merely string sentences together. I’ve trimmed five years’ worth of verse down to a hundred pages. For the first time I’m actually arranging the poems into groupings, rather than merely printing them chronologically. Trying to create a flow of thoughts and images, dramatic highs and lows. It’s been something of a slog but the end is now in sight.

I should have the manuscript of Algebra of Inequality finalized by the end of this month and then I’ll get our longtime designer, Chris Kent, slapping together some ideas for the cover. Hoping for an end-of-April release date and, naturally, there will be more info as we move the process along.

I’m over the moon about this collection. I’m improving as a poet and have an ability to cram the most complex and mind-bending notions into a four or five-line poem.  There’s a concision and sharpness to my verse that’s hard to find elsewhere. I think the brevity of my poems often works against them, folks thinking you have to write something the length of The Wasteland (complete with helpful footnotes) in order to be taken seriously.

I think only two of the poems in Algebra of Inequality were published elsewhere. About a year ago, I subscribed to a service that sends me weekly market updates, letting me know what publications are looking for poetry, fiction, personal essays, whatever. But I noticed many of these markets demand reading fees, even for three or four short poems, and that made me bristle. The point, as someone like Harlan Ellison has been saying for decades, is to pay the writer. Authors shouldn’t have to pony up hard-earned shekels in order to have their work considered for publication. That’s a rip-off and a scam and if we all refuse to have anything to do with it, editors would stop trying to flimflam us.

Some of these places are making quite a score. Charging $3.00 or $5.00 per submission, getting a thousand or more suckers—er, writers—to respond each and every issue. Do the math. And many of these places can’t even claim the expense of a print component, they are purely digital editions, a format which is dirt cheap to maintain.

Editors should be paying writers, not the other way around. Trust me. 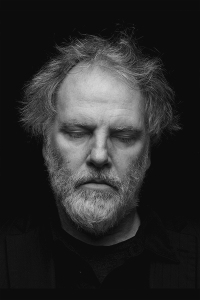 Ah, yes, Hollywood North has come calling. Longtime friends of this blog will know I’ve had less than cheery experiences with people wishing to adapt my work for films. I had a particularly ugly episode with those idiots at—ah, never mind. Time to let bygones be bygones.

Honestly, I have high hopes for the company who picked up the rights to my novella “Living With the Foleys”. My son Sam is a budding film-maker and when he heard who was interested in “Foleys”, he immediately emailed me with the information: “Dad, these guys work with Guy Maddin!”.

Well, say no more. We’re big fans of ol’ Guy’s, love the originality and utter madness of his oeuvre. The man’s a certifiable genius—or should that read certifiable and a genius?

So, yes, I signed the contract and now they have a couple of years to see if they can make something out of my novella.

Finally, I’m abashed to note that I recently put more money into the pockets of Tim Cook and the corporate scum at Apple Computer.

I bought an iPad.

I needed a portable device, something I could have with me when I’m away from home, a word processor slash reading device slash music player. And then there are podcasts. It hasn’t taken me long to get addicted to them. “S-Town” was amazing and I’ve been tuning in regularly to “Invisibilia”, “WTF”, “Risk!” and numerous others. Hat’s off to NPR, they seem to produce or collaborate on some of the best stuff out there.

Since picking my iPad up a month ago, we’ve become just about inseparable. It’s constantly playing something—this morning while I was shaving I listened to “The Daily”, a program produced by The New Yorker.

I’m sure the habit will taper off eventually, but between my editing and tooling around on the iPad, the cold days of February zipped past.

Well, it’s much cheaper than flying to Cozumel, catching dysentery and spending a week in intensive care, pinned to an I.V. bag of antibiotics. Less invasive too.

I shall endeavor to update this blog more often. Kind of a weird beginning to the year and it’s taken me awhile to retool and get back on the bicycle (so to speak).

The days are brighter and longer, the chill lifting from my bones.

Better times ahead. New life and new hope just around the corner.

I’ll raise a glass to that…