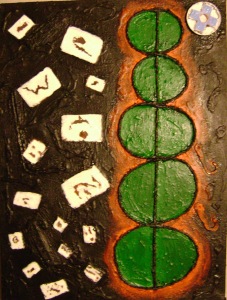 I’ve said it before, I’ll say it again: I love Christmas.

No apologies, no sense of embarrassment and I refuse to hand in or forfeit my curmudgeonly credentials just because I leave a plate of cookies and glass of milk in front of the fireplace on the night of the 24th.

And let me remind you, there are two very good Christmas-related posts on this blog that are absolutely mandatory reading this time of year.

Check out the real story of St. Nicholas and then call up a creepy tale involving my detective duo Cassandra Zinnea and Evgeny Nightstalk, titled “Finding Charlotte“.

And, please, folks, during this magical time of the year, let’s not forget the true meaning and origin of Christmas.

I confess it:  I love it every time December 25th rolls around, and Christmas morning still sees me scrambling down the stairs, bright and (too) early, poking under the tree, pestering my wife to hurry up as she makes us her customary scones.  It’s ridiculous, I’m pushing fifty and there’s no excuse for such silly behavior.

But I was the kinda kid who avidly followed reports from CKOS-TV (Yorkton) on Christmas Eve, an announcer glibly informing gullible dopes like me that our military radar (Canada’s famed Distant Early Warning System) had picked up Santa’s sleigh as it departed the North Pole and his stupendously improbable round-the-world odyssey had begun. And, yes, later on, I’d be in bed, straining for the sound of hooves clattering on the roof. Swear to God. So I guess you can see why so much of my fiction tends toward the fantastic. It comes honestly.

Both my sons are in high school now so there isn’t that buzz around Christmas that there was in the old days.  We even wrapped their presents early, hoping to draw them like inquisitive ferrets but, well, Sam’s been rehearsing and performing in the school play and Liam wrestles four nights a week these days so they’re quite preoccupied with matters other than rattling boxes and guessing their contents.

Not that it would do any good—I’m a devious wrapper, cleverly disguising even the most modest gift so that by the time I’m done the Amazing Kreskin couldn’t tell you what’s in there.

Christmas is a time of kicking back, reading, relaxing, watching movies…which reminds me, I’ve got to dig some of the classics out of the basement storeroom:  “Charlie Brown Christmas”, “Muppet Christmas” and, it goes without saying, “Santa Claus Vs. the Martians”.  Lots of family time, lots of time in front of the fireplace, lots of…turkey.  Turkey, turkey and more turkey.  That is absolutely mandatory.

Editing on my western novel has been especially intense for the past three weeks. I wanted to have a good draft of The Last Hunt by Christmas Eve and it looks like I’ll achieve my goal.  That will make it easier for me to take a few days off, rest and recharge before I do a final polish of the novel in the New Year.  Everything on schedule, nothing to get uptight about.  Easy, boy, easy…

Here’s wishing you a cheery, laughter-filled holiday season. Remember to spare a thought or two to those less fortunate, drop a few bucks in the hand of a street person, send a check to the Stephen Lewis Foundation, do what you can with what you have to make this world a little more humane and compassionate. 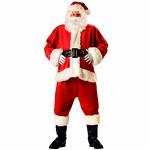 It’s been two years now, and a lot of posts in that interval, so maybe more recent readers haven’t seen my review of the legendary Gospel of St. Nicholas.

I love the notion of these “lost gospels” that keep cropping up.  One of these days, I’m hoping they’ll uncover some indisputable ur-text that begins with the words:  “Jesus and his buddies were pissing it up one night, tossing around ideas for a really cool religion…”

Enjoy the review and from the Burns family to all of you:

Merry Christmas and all the best in 2010.