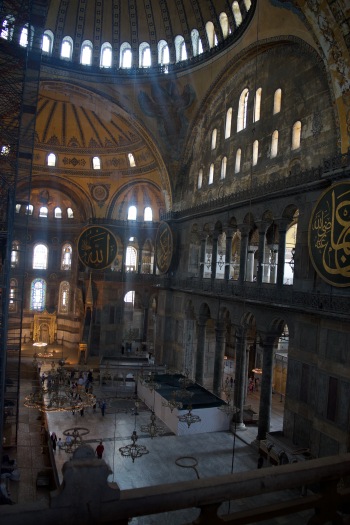 If there is a God, that
Supreme Being would
have to endure every
unkindness, every injury,
the abuse and mistreatment
of innocents, the unspeakable
acts we inflict on each
other, pain and torment from
time immemorial.

God would bleed and die
and scream and whimper
and plead for one more
breath of life, while expert
torturers worked their wiles,
wringing false confessions,
betrayals, a crown of thorns
carefully arranged just prior
to execution.

The Forgiveness of God

you have so much to answer for
your immunity hereby revoked
escorted to the dock
subjected to a brutal cross-examination
where were you?
when were you aware?
what did you do?
complicit or negligent?
your answers unsatisfactory
disavowing responsibility
throwing yourself on the mercy of the court
contrition the last refuge
once all other appeals are exhausted

The deaths of Thomas Disch and, more recently, David Foster Wallace have been preying on my mind of late. Both these fine authors took their own lives and while the circumstances might have been different, the reason was the same:

Writing is not easy work. I’ve talked about the physical toll it has taken on my body, the arthritis, shoulder and back pain, daily stomach cramps.  But I’ve shied away from alluding to those days when my spirit isn’t in it, when I feel the words and desire to express myself slipping away…until my head is filled with static…and then nothing at all.

The words won’t come. My pen is on the page but there’s no impetus, nothing to get it moving and the page remains blank. Those are terrible, awful days to endure.  I try to tell myself I’m going through a fallow period, that I must use this opportunity to recharge but the problem is I’m a writing machine, composing prose is an addiction, so when inspiration dries up, it’s like I go through withdrawal symptoms.  I can’t eat, can’t read or focus on a movie.  I’m restless, endlessly pacing, trying to relieve this frantic energy that builds and builds with no way to release it.

I snap at Sherron and my boys, pull away from them, duck into my office so I don’t say anything I’ll have to apologize for later.  Little things send me into a towering rage.

And…I despair. Terrify myself by imagining a scenario where I never write again, a permanent writer’s block. That would kill me.  It might take awhile but it would.  No question.

I could never be a suicide, I just don’t have it within me. I’ve always joked I’m more likely to become homicidal than suicidal and that’s not far off the mark. Those rages really are unsettling to experience. I can feel the ghost of my drunken Irish father stirring within me.  All my life I’ve feared my anger, what it makes me capable of. If I ever got in a serious fist fight, I’m not convinced I could make myself stop.  I have dreams where I’m beating and beating and beating on someone until my arms are slippery with blood.

The radio play I just finished for CBC Radio, “The First Room”, delves into some of this. Those early memories of lying in bed, listening to my parents drink and get into wild, violent altercations. Writing about it brought all sorts of suppressed memories to the surface and it wasn’t pleasant.  But it also gave me important insights into the obsession I have to control every aspect of my life.  It traces back to those feelings of utter helplessness and terror I experienced as I laid there, convinced my father was going to murder my mother…and then do the same to his kids.  And my bed was nearest to the stairs…

As I got older, I wanted to put myself in a place where I could never be threatened or intimidated or controlled ever again.  That applied to every aspect of my life but most especially my writing. I have warned editors that I will beat the mortal piss out of them if they touched a word of my manuscript. I have told agents in no uncertain terms that I do not need their help in directing my career, choosing projects for me, lining me up to write some awful fucking six or eight or ten book series or media tie-in.

I won’t be anybody’s whore, not for any price. No rationalizations, no excuses (“I wanted to write a STAR WARS novel because I thought I could do something really different with Boba Fett’s character”–fuck you!). I don’t work for money and if that’s your focus, if you’re using your pathetic, puny talent in an effort to be the next Stephanie Meyer or Kevin J. Anderson, I spit in your face.

As a result of this stance, needless to say, I’ve become a literary pariah, earning the reputation for being difficult, uncooperative, arrogant, even dangerous.

And…I have succeeded in isolating myself, probably scuppered any chance at success or publication. Far inferior authors are seeing their books in print, stocked in the best book stores, plucked out and carried off by the readers I revere and covet so much.

So in the midst of not writing I’m forced to wonder if it’s even worth writing.  That’s tough.

But just when it seems I’ve reached the end of my rope, something always happens. A voice whispering a

character name, a title, a line of dialogue…and I’m off again. There’s a lovely Pete Townshend song on his album All The Best Cowboys Have Chinese Eyes. The tune is “Somebody Saved me” and I often think about certain lines when I’m going through one of my funks. Pick up the disk sometime, it’s as good as anything Pete ever did with the Who.

What happens when the voice no longer comes?  Not for days…weeks…months…years…

What if nobody saves me?

What if there’s nobody there?

The sound of no one clapping.

No sound at all.

The silence of the grave.

Please, God, may that never, ever happen to me…